Geraldine Coates, Editor of Gintime, has a look for the origins of the gin word. 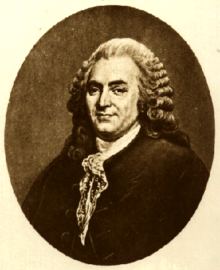 There has always been confusion as to when the use of the word ‘gin’ to describe juniper flavoured spirit entered the English language and came to replace all the other words that had been used previously like Geneva, geneva, Hollands, Schiedam. It’s become particularly confusing recently with the launch of a project that is supposedly based on the first known recipe for ‘recreational gin’ dating from 1495.

Whilst we think Gin 1495 is a great project, we also think it’s important to be rigorous in one’s language when talking about the history of spirits. Actually the history of anything. An obvious example of marketing speak triumphing over historical accuracy is the now long established trope that that Sylvius of Leyden (1614 – 1672), Professor of Medicine at the University of Leyden, was the first to perfect a juniper flavoured grain spirit, which he called genever from the Dutch for juniper. This is complete nonsense probably dreamed up by an over confident copywriter in search of a good story. Genever or jenever, depending on whether you are Dutch or Belgian, ie a spirit flavoured with juniper, is certainly the ancestor of gin but it was mentioned as long ago as the 1260s when Flemish poet Jacob van Maerlant te Damme wrote about it in Der Naturen Bloeme, a natural history encyclopaedia. To this day however you will still find the Sylvius story or versions of it told by people who really should know better.

So, without being too pedantic, claiming a 15th c household recipe for a wine distillate that includes juniper powder as ‘the birth of gin’ is misleading. Not to mention the fact that the word itself was not used until the eighteenth century.

But the good thing is that it does inspire the search for exactly how ‘gin’ entered the English language.

To find where ‘gin’ comes from we need first to find the origins of genever/jenever, the prototype combination of grain spirit and juniper berries and other botanicals. According to the National Jenever Museum of Belgium it was first produced in Flanders in the 13th century. (Remember that at this time  this area was part of the Low Countries that also included what is now Holland, bits of Northern France and Luxemburg).

Originally used as a medicinal tonic it wasn’t long before genever was being drunk for pleasure. Again the transition lacks precise dates and written records but one source of information is the numerous records of taxation levied on distilleries throughout the Low Countries from the late 15th century onwards. Certainly looking at Dutch and Flemish paintings of tavern scenes from around this time, one has the distinct impression that people are not drinking genever for its health benefits.

The first recorded mention of genever as a distilled beverage flavored with juniper was in 1552, in a book called Een Constelijck Distileerboec by Antwerp-based Philippus Hermanni. That’s not to say there are no other recipes yet to be found and diligent historians will keep looking no doubt. But, knowledge tended to be handed down orally then, as not everyone was literate.

The English first met genever during the Eighty Years War (1568-1648) when the armies of France, England and Spain fought over religion, politics and territory in the Low Countries. Here, English mercenaries were introduced to the local grog, given to steady their nerves before battle. They christened it “Dutch Courage” and brought back the taste for what they called Geneva home.

Geneva caught on. In 1623, Philip Massinger referenced it in his play “The Duke of Milan” with a pun on its English name, Geneva: “An officer preaching of sobriety, lo unlesse he read it in Geneva print, lay him by the heels”. (Here Geneva print refers to the Geneva Bible whose clear typeface made it much easier to read than earlier versions.)

Fast forward now to 1714, almost twenty five years after the ascent of Dutch William to the British throne and the deregulation of the English distilling industry, a time when disreputable distillers made rotgut copies of proper genever that were poisoning the urban poor.

And this is where we find the first recorded use of the word ‘gin’ in a political pamphlet entitled, The Fable of the Bees, or Private Vices, Publick Benefits by Bernard Mandeville, an Anglo Dutch philosopher appropriately enough. In this satirical study Mandeville writes of “the infamous liquor, the name of which, derived from Juniper berries in Dutch, is now, by frequent use and the Laconick spirit of the Nation shrunk into a Monosyllable, Intoxicating Gin that charms the unactive, the desperate and the crazy of either Sex….”.

Not a very flattering depiction and quite far removed from the sophisticated spirit we know today but there it is – the first known mention in print. So far. It seems clear that by the beginning of the eighteenth century gin was the common street term for this new spirit in England and evolved into the generic term despite its negative connotations. What is quite curious is that the name ‘gin’ stuck even when the juniper spirit itself moved upmarket but that’s another topic.