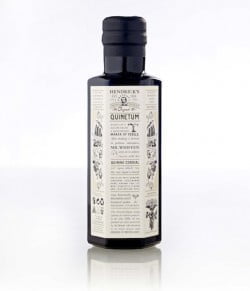 The launch of Quinetum, the new quinine cordial developed by Hendrick’s Gin, has been a spur to have a look at other alcoholic drinks based on quinine. Like gin itself and indeed tonic water their uses were originally medicinal and they directly relate to 19th century herbal based liqueurs and bitters when those travelling to tropical climates needed medicinal tonics that would help them cope with the extremes of temperature and diseases. The Scientific American Cyclopedia of Receipts, Notes and Queries, published in 1898 for example, advised readers contemplating a long voyage to make up a simple bitters a month or so before they planned to leave. Particularly recommended was Rack’s “Amazon Bitters, which included red Peruvian bark (aka quinine), calisaya bark, calamus root, orange peel, cinnamon, cloves, nutmeg, cassia buds, and “red saunders” (sandalwood)

In fact its safe to say that most bitters, aperitif wines and vermouths contain some quinine as many of them were developed at a time when a daily dose of quinine was the most effective way to fight off malaria.

Take Dubonnet for example, our dear lamented Queen Mum’s favourite mixer for gin and reputedly one of the favourite tipples of her daughter, the present Queen. A blend of fortified wine, herbs, spices and quinine, it was created in the 1840s by Joseph Dubonnet in response to a competition run by the French Government to find a way of persuading French Foreign Legionnaires in North Africa to swallow quinine. Here the bitter taste of quinine is disguised by sweetness.

In Lillet Blanc a citrussy bitter sweetness prevails. Formerly known as Kina Lillet it was created in 1872 by the brothers Paul and Raymond Lillet, distillers and merchants of wines and spirits, in the town of Podensac, near Bordeaux. The idea of making aperitifs in Bordeaux came from Father Kermann, a doctor who left Brazil at the beginning of Louis XVI’s reign. He settled in Bordeaux and began to produce liqueurs and fortifiers from plants such as quinine.

In the 1920s Lillet became very famous in France especially because of its rather sophisticated advertising campaigns and of course its popularity in cocktails. It famously starred in James Bond’s recipe for The Vesper featured both in the book and the immensely successful film, Casino Royale.

Other lesser known quinine flavoured aperitifs are Cocchi Americano from Italy and Bonal from France. There’s also Byrrh a wine-based apéritif made of red wine, mistelle and quinine that was originally sold in pharmacies as a health drink.

Both Campari and Pimm’s contain small amounts of quinine, as surprisingly does Irn Bru, Scotland’s other national drink. But Quinetum is the first new quinine based cordial to become available for a very long time.

In addition to natural extracts of quinine bark Quinetum, like many of the original tonic waters, contains other botanicals in this case lavender, orange blossom, wormwood, holly thistle and a whole fruit orange distillate. At 4% ABV it is intended to be used as a cocktail ingredient or diluted with soda water and combined with Hendrick’s in place of tonic water. Production is extremely limited so Quinetum is currently a very exclusive release aimed entirely at selected bartenders who are invited to play around with it to create new drinks.  We are eagerly looking forward to see what they come up with.

And here courtesies of Difford’s Guide are some pointers on what to expect taste wise.