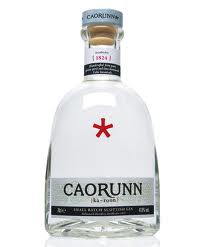 Lots of great stuff on offer from Caorunn at this year’s LCW. First of all there’s a chance to taste lovely new Caorunn cocktails for only £4 in line with all LCW activity at two venues – the excellent Bourne and Hollingsworth in Fitzrovia and at the Berners Tavern in the just opened EDITION Hotel, a multi- million pound hotel developed in conjunction with Ian Schrager and Marriott Hotels, also in Fitzrovia.

Berners Tavern at the London EDITION

There’s also a very welcome return for the much feted Caorunn Sensorium which will take place in partnership with top-end menswear brand Foxhall with a series of pop-up bars over three evenings in the Foxhall store at 20 Earlham St, Seven Dials, Covent Garden. Each day is curated by an award-winning, exceptional bartender who will be offering interactive demonstrations of new drinks created for the occasion.

In addition, Caorunn Gin is hosting an exciting session on Friday October 11th from 12.30pm-1.30pm at The Bartenders Lounge at Thomas Neal Centre, Seven Dials with Iain MacPherson of Panda & Sons.

Last but not least, don’t forget that Caorunn is partnering the 50 Best Bars in the World Awards Ceremony at One Mayfair on October 10th with White Lyan. This is the industry event of the year and what better way to enjoy it than in the company of Caorunn and White Lyan, one of the most eagerly awaited bar concepts in recent years. Ryan Chetiyawardana and Iain Griffiths will be on hand to create and serve a brand new menu of exceptional drinks inspired by the aromatic adventure of Caorunn.