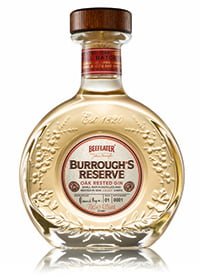 Fed-up with persistent claims that gin is no longer a growing force in the spirits firmament, Patience Gould looks to put the record straight.

Gin has been exciting the industry pundits and titillating trade taste-buds for almost a decade now, in fact since the global rise, (and rise) of vodka began to stall. Yet while industry interest remains largely unabated, and the number of new bijoux gin launches continues to proliferate, growth across the board has not matched expectations.

Indeed recent figures released by IWSR point to an increase of just over 2% for the last year – excluding the Philippines – and while this is in the right direction it is a long way short of spectacular, particularly when compared with the explosive development of the vodka market – but that said growth was never going to be that spectacular.

Gin was never going to match the extraordinary dynamism of its arch spirit rival – and that’s because it has character so unlike vodka it is something of an acquired taste. Like vodka it is eminently mixable – but unlike vodka there is a definite “gin-ness”, thanks to its botanicals, and principally the juniper. As such it is more expensive to produce and a more complex spirit to get across to the consumer.

“There are many waiting for it to really, really take off – and it well might explode – but absolutely not in the same way as vodka,” says says global brand director for Beefeater JC Iglesias. “Gin will always be a polarising spirit as aside from the G&T you really need guidance.”

Globally, the traditional gin bastions remain the US, Spain and the UK – though interestingly the consumption patterns in each country are somewhat different. In the US – the historic lack of decent tonic particularly in the on trade – means that gin is much used in cocktails, but that apparently is too easy an assumption to make.

Over in Spain Gin Y Tonica is very definitely the order of the day – and it’s quite a theatrical one come to that! In fact no other country can boast the variations on this simple theme – be it the gin brand or the tonic or the preferred fruit slice. In the UK the action is decidedly more staid. On a night out gin cocktails do well – but whether at home or out and about the G&T prevails.

Spain is decidedly Beefeater’s prime stamping ground. It’s a market, which has returned to growth for the first time in six years, and in spite of the dreadful recession the country has been going through, gin has consolidated its position not just as the leading gin, but now as the leading spirit brand in the all important on trade.
“Spain is a market that makes you scratch your head,” says JC. “Gin, which is not the most popular spirit in the world, is in Spain; its consumption is heavily skewed to on premise, and in the teeth of tough economic times remains so, and premium gins like Beefeater are prospering.” It should be said that Beefeater has been the number one gin for the last three years, and is now increasing its margin as the leading spirit brand.

In the US it’s a very different story for Beefeater, it appeared to be staging a comeback in 2012 with growth of almost 4%, but was unable to sustain this in 2013. However for gin per se, as with most spirit categories there is strong “premiumisation”, and while value-to-standard gins, which account for 66% of the fray, declined premium gins grew by a tad below 5% while super premiums grew by over 20% albeit from a smaller base.

Good news then for the main players there, that is Diageo’s Tanqueray, Bacardi’s Bombay, Beefeater, along with the two dynamic contenders William Grant’s Hendrick’s and E& J Distillers New Amsterdam – the only brands to post growth last year, in a market that fell by 1.5% to just under 10 million cases.
“The US is a challenge for Beefeater,” says JC. “It’s a big country and it’s expensive to stay top of mind with the consumer – that said we do have pockets of good growth.”

There may be many pundits prophesying that gin has had its day in the sun, but that said there are some key underlying trends which augur well for the future. For starters there is some very interesting interplay between the sub categories which point to consumers trading up from locally produced gins to imports – and this makes the category “really interesting”.

“If you rewind 15 years in Spain whisky and rum were on the up and gin was overtaken but it has come back with a vengeance and furthermore consumers are now moving from Larios the locally produced gin to the likes of Beefeater, and that’s from a price point of just €10 to imported brands which have a higher price point – if that happened around the world…”

But these challenges have not halted the spate of “artisanal” launches, most notably in the US and the good news in the main is that most producers are targeting the upper echelons of the category. “Anything that stirs up interest in the category are good for gin – it would be boring if the action was just left to just five brands,” says JC.

Interestingly in the US there are signs that the big contenders are taking cues from the limited success of super premium craft gins. Last year Beefeater launched its limited edition Burrough’s Reserve – a small-batch expression rested in oak barrels and intended to be served neat—while William Grant debuted Kanaracuni which is a small-batch, trade-only gin made with a concentrate of Venezuela’s Scorpion Tail botanical.

But in Spain craft gin launches have proved to be something of a novelty. “There was a ‘gold rush’ when super premiums were growing at a rate of 25% – but now the dust has settled down to 5% – it was in danger of overheating – and brands were launched for the sake of launching – not for the long term.”

Long term or not it has to be said that these launches would not be happening in a category that was in terminal decline – and gin is far from being that. There is definite buoyancy in the premium and super premium sectors which augurs well for the future. Added to this there are new emerging markets like Belgium, the Netherlands, Portugal and Greece, to name but a few and are seeding very nicely.