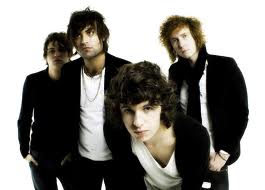 Cool or what? This year Beefeater are taking the best of London’s eclectic music scene to Europe with the Beefeater London sessions – a free event showcasing some of London’s best and upcoming artists at secret locations in Madrid and Moscow.  Award-winning British indie rock band, the Kooks have been confirmed as the headline act of the sessions, with more names to be announced closer to the time. The intimate sessions will allow 300-500 fans a rare opportunity to get up close to the bands and listen to their unreleased material. They’ll also be able to enjoy interactive themed Best of London installations as well as classic British food stalls and, naturally,  Beefeater cocktails expertly made by some of London’s best bartenders.

The Beefeater London Sessions will launch in Madrid on the 20th March, followed by a night in Moscow on the 22nd March.