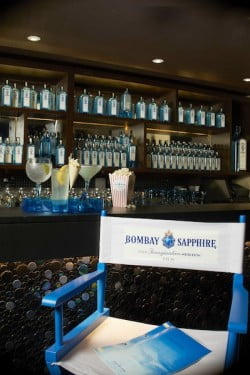 The Bombay Sapphire Imagination Film Series has really captured the imagination by seeking to put creativity to work to make a new short film. With the help of Geoffrey Fletcher – Oscar winning screenwriter of Precious – and Tribeca Film Festival, a short-film script has been produced. The task is to use your imagination to bring this script to life.   His words.  Your genre. Your locations. Your characters. Your imagination.   Five winning entries will be selected by Bombay Sapphire, Geoffrey Fletcher and the Tribeca Film Festival alongside a panel of other film industry luminaries from across the globe to go into production. The winners will work alongside Bombay Sapphire to create the first five films of the Imagination Series with each film awarded a £50,000 production budget. Entries for the global Competition close on Wednesday 1 August 2012. The five winners will be selected and announced late September 2012 Production will take place from October 2012 Completed films will be released and screened early 2013. The script is available to download alongside competition details at

In addition, Bombay Sapphire will be holding ‘Learn How to be a Film Director’ interactive work shops on Monday 16 and Wednesday 18 July at the Bombay Sapphire Blue Rooms at Zenna Bar in London (6-8.30pm) co- hosted by a well established lecturer from a local film school to talk about how to get into the film industry. Guests can also learn more about the Bombay Sapphire Imagination Film Competition and how to enter. There will of course be delicious Bombay Sapphire cocktails (including the film themed Bombay Sapphire Popcorn Collins) and canapés!  The workshops are open to everyone.

Tickets are £15 each and reservations are via info@zenna-bar.co.uk.