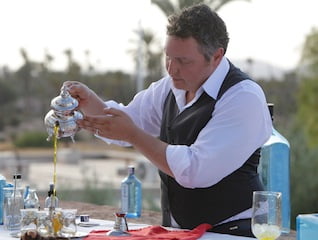 The winner of the Bombay Sapphire World’s Most Imaginative Bartender competition was announced at an event held in Morocco for professional bartenders, hosted by Bombay Sapphire, the world’s number one premium gin by value for a third consecutive year1. The winner, David Wolowidnyk of Canada was selected from thousands of contestants overall and eight finalists from Canada, Global Travel Retail, Japan, Singapore, South Africa, Spain, the United Kingdom and the United States. The bartenders took part in a four-day experience, visiting the Moroccan home of one of the Bombay Sapphire botanicals – coriander – and exploring the world of the historic gin.

The competition itself took place on the last evening of the experience at one of the most beautiful villas in the world, Dar Sabra in Marrakech, Morocco. Each bartender was tasked with creating their most imaginative cocktail – combining their individual influences with the cultural experiences they had experienced throughout the trip.

Bombay Sapphire Global Brand Ambassador Raj Nagra hosted the competition and commented: “By hand-selecting the most creative talent from behind the bar, the Bombay Sapphire World’s Most Imaginative Bartender Competition not only challenges them, but also aims to support them on their journey to becoming the most imaginative bartenders in the world. Just as the unique taste of Bombay Sapphire is inspired by the infusion of its 10 exotic botanicals, we look to inspire bartenders all over the world.”

1 Data sourced from International Wine and Spirit Research (IWSR), for the 12 months to the end of December 2010

And here’s the winning recipe 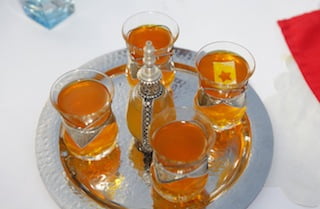 To garnish
• Lemon zest, with the star from Moroccan flag cut into it

Method
• Combine Bombay Sapphire, Martini Bianco, Cinnamon/Cassia Syrup and Bitters
• Stir with ice in a mixing glass
• Mist the Toasted coriander tincture into the chilled glass
• Strain into a chilled glass, garnish with a lemon zest and mist tincture again over the surface