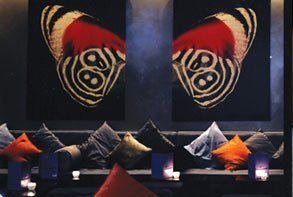 This aptly named den is tucked away in a cobbled labyrinth of alleys behind the Mayfair boutiques. Formerly a celebrity haunt, the bar is now a hush-hush favourite with a late 20s/early 30s crowd, and when things get going it’s as effervescent as its damson gin fizz. In fact, this bar and restaurant has ten different gins to throw into the mix. Cocktails include a classic Bramble using Dick Bradsell’s own recipe (does Dick syndicate out his name, we wonder?); a Watermelon Rickey; Mother’s Ruin with blueberries, laponia liquors, cranberry and guava; and a devastating Gin Palace in a fée absinth misted glass. Add to that a selection of pisco and cachaca, and separate cigar menu, and you’ve got a bar that’s a cut above the rest.