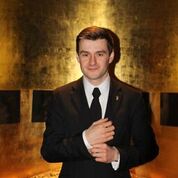 Welcome news just in  – The Beaufort Bar at The Savoy has appointed a new head bartender in the shape of Kyle Wilkinson who has taken over from previous Head Bartender Chris Moore.

Having honed his skills at the likes of Brass Monkey and Pollen Street Social, most recently Wilkinson has been Bar Manager at The Blind Pig in Soho for the last two years. Under Kyle’s supervision, The Blind Pig has become recognised as an industry leader and been nominated for multiple awards notably winning ‘Best Restaurant Bar’ in 2015 at the Spirited Awards at Tales Of The Cocktail.

Wilkinson himself is no stranger to awards including winning Drambuie’s National Competition in 2011. In both 2011 and 2015 Wilkinson reached the finals in Diageo’s prestigious World Class competition, and this year he is one of just 5 UK finalists. Wilkinson has also consulted for brands such as Johnnie Walker, Drambuie and worked with experimental food-smiths Bompas and Parr.

Highly skilled, extremely knowledgeable and having consistently contributed to top industry trends, Wilkinson is the perfect fit for this coveted and demanding role. Kyle said of his new Beaufort Bar position: “The biggest, most challenging and proudest role of my career begins now”